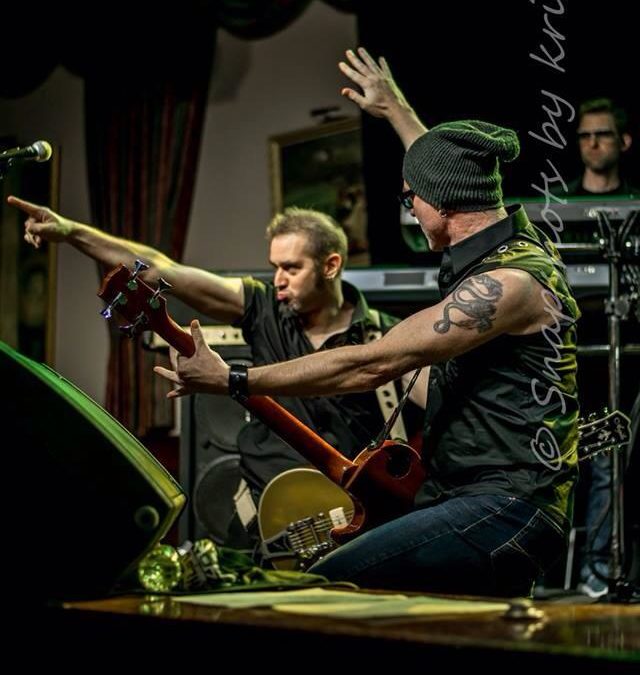 The Box lead vocalist/guitarist Jean-Marc announced fans attending the Montreal band’s three  Ontario concerts this week are in for a treat as his six-member band have been honing their live set for the past 10 years.

With dates set for Thursday March 12 at Burlington’s  Boston Manor, Friday March 13th at Toronto’s Phoenix Concert Theatre and Saturday March 14th at Ottawa’s Brass Monkey venue, Pisapia, keyboardist Guillame Jodoin, bassist Dan Volj, guitarist Francois Bruneau, drummer Martin Lapierre and back-up vocalist Isabelle Lemay will be jogging people’s collective memories with a set-list of 80’s classics like “Closer Together”. “Ordinary People”, “All The Time, All The Time, All The Time and “Must I Always Remember” as well as the debut their latest single “Life Is A Party”, now available on iTunes.

“I think releasing singles one at a time on iTunes is definitely the route to go,” announced Pisapia from his art gallery in Mont Tremblant  having said he has no plans to produce a new record. “That way, I can write songs when I am creatively inclined and not when a record company is telling me I have to. I have to admit, on some of my later albums, especially the 1989 ‘Pleasure And Pain’ record, I was being pressured to finish the record but I did not have enough original material so I was just filling space. Now I can write and record whenever I feel creative and I have songs I’m happy with.”

The Box, who will also be releasing another single titled “Incredible Human Being” in a few months’ time, are looking forward to getting out and performing in Ontario, especially in Burlington and Toronto where they haven’t played in like 20 years.

“Our performances have been  irregular in the past but we’ve made a commitment to go out and play and we are looking at playing as many dates as possible this year,” explained Pisapia. “Most of the guys in the band have regular jobs but so far, that hasn’t stopped us from performing and we definitely feel we have honed our show to present one great party.

The Box’s date at Toronto’s Phoenix Concert Theatre will be a reunion of sorts for the band and the club’s co-owner Lisa Zbirnew, who was involved in signing The Box to Alert Records in 1983.

“I think it’s fair to credit Lisa with being the most important person in breaking The Box in the mid-80’s,” noted Pisapia. “Yes, her husband at the time, Tom Berry was heavily involved and so was our former manager, Marc Durand, but Lisa was the one that sold our band. It seemed like she had a telephone permanently attached to her arm. It was no surprise to me that Lisa went on to become President of BMG and then Sony Music. She is an amazingly gifted lady.”


From The Music Express →